Urging Nevadans to Vote ‘Yes on 3’

When voters pass ballot questions, it may be considered a “win” but that doesn’t necessarily mean the battle has been won; either state officials discuss and make a final decision, or the state re-votes in the following election.

In 2016, ballot question 3 passed with more than 72 percent of the vote in Nevada. The statewide ballot measure, if passed, would open Nevada’s energy market, offering more options and cleaner and more affordable electricity. While the measure passed, Nevadans will be required to vote again in the 2018 election season. In the meantime, ECI, otherwise known as the Energy Choice Initiative, is campaigning to get Nevadans to vote ‘Yes on 3’.

Currently, energy companies and leaders from around the country are attending the Western Energy Policy Summit at Caesars Palace, talking about why Nevada should offer energy choice and their advice as the state prepares to vote again.

“Choice is something all of us should be embracing. Energy choice saved the people of Baltimore over $2M.” ~@MayorPugh50 #NEMA17 #Yeson3 pic.twitter.com/kVuDu3XzMs

In the coming weeks, Energy Choice Initiative will be sharing interviews from the various leaders in attendance at the summit. This offers the state a chance to hear why some are in support of offering energy choice and the advice they have for Nevada. The conversation about energy choice isn’t over, and we will continuously provide updates on campaign efforts. 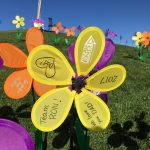 Giving Back in a Unique WayGovernment Affairs 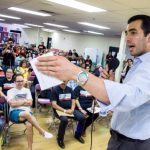